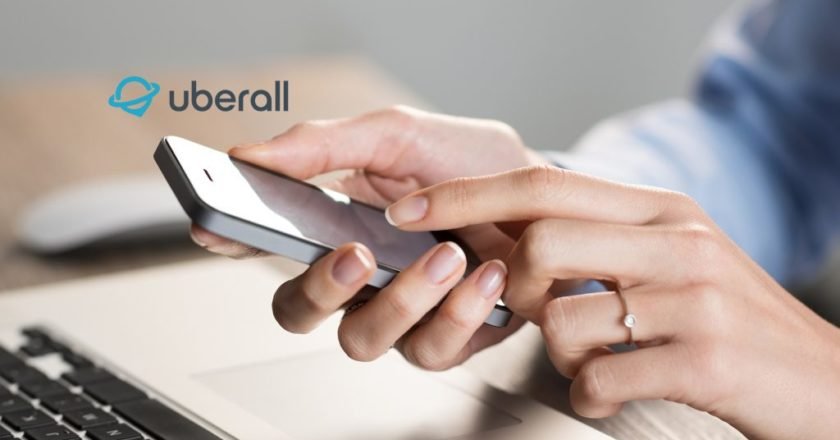 Uberall, the location marketing solution for businesses competing to attract and win local bricks-and-mortar customers, announced the results of its holiday ‘near me’ survey, to assess how often shoppers conduct searches such as ‘perfume shop near me’ or ‘pizza restaurant near me.’  Uberall polled more than 1,000 smartphone users – half from the US and half from the UK – between 7 and 11 December 2018 to understand their ‘near me’ preferences and behaviour over the holiday season to date.

Seventy-five percent of the UK shoppers included in the poll said they have already used a ‘near me’ search from their mobile device over the holiday season, or believe they will before the New Year.

These types of search were even more prevalent in the US where 83 percent of shoppers indicated they have already searched – or intend to search – ‘near me’ this holiday period.

“Christmas shoppers are searching for stores and items ‘on the fly’, using their smartphones to research options in their immediate vicinity,” said Daniel Mathew, vice president, UK at Uberall. “The popularity of ‘near me’ searches amongst British shoppers presents a fantastic opportunity for brands to entice more customers. If retailers can ensure their branches show up in these local searches, they can attract more shoppers to their doors and take more money through their tills during this crucial holiday season.”

Almost two-thirds (66 percent) of the UK respondents said they were also likely to conduct a ‘near me’ search for local fast-food outlets and restaurants while out Christmas shopping. In the US the figure was even higher, at 77 percent.

When asked how likely a shopper was to conduct a ‘near me’ search for the nearest bank or cash machine/ATM while shopping this holiday period, 46 percent of UK shoppers said they would (54 percent in the US).

“Christmas shopping has a ripple effect on other local businesses, particularly restaurants and banks. These businesses can also benefit from the proliferation of ‘near me’ searches. Much like with retailers, if they can make sure their details appear at or close to the top of local search results, they can drum up extra custom.”

Brits more likely to buy directly from via their smartphone

When UK shoppers were asked how they would use their smartphones to help them shop during this Christmas, the top 5 responses were:

“The UK public’s love affair with their mobile phones seems to get stronger every year,” said Mathew. “Whether it’s finding stores, buying gifts, comparing prices or sniffing out bargains, it all happens over mobile. Physical stores that nail their mobile strategies will be best placed to attract customers this holiday season and well into the future.”

While UK consumers are keen to use their phones to look for information and inspiration, they are not as enthusiastic about leaving reviews that could be useful for their fellow shoppers.

The study found that slightly over a quarter (26 percent) of UK shoppers have left a review of a shop across sites such as Yelp, Facebook, Google, Foursquare, Instagram and others. US consumers are slightly more likely to share their opinions online, with 30 percent stating they had left a review.

“These low engagement figures could be a slight cause for concern for the UK high street,” continued Mathew. “Online reviews have a major influence on prospective customers; indeed, Moz estimates that 68 percent of customers admit that reviews make a difference to their purchasing decisions. Brands need to find ways to encourage their existing customers to share their experience online. Rather than leaving this to chance, this should be formalised in their overall marketing strategies.”